What is Trigger Finger? 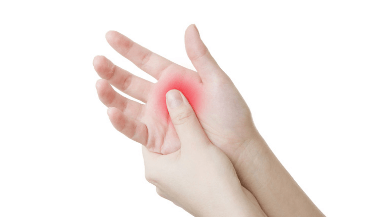 When a finger or thumb becomes locked in a bent-down position and is unable to straighten out on its own, there is a strong likelihood that it’s the result of trigger finger, known as stenosing tenosynovitis of the finger.

Trigger finger is a painful condition resulting from the tendons in the hand becoming inflamed. The muscles and tendons responsible for moving the fingers originate in the forearm and extend down into the hand where they coalesce into a narrow shaft; one tendon bends the finger near the top, and another one bends it at the middle joint.

Trigger finger can result from overuse and repetitive strain on the hand. As the tendons move through the sheath tunnel, they can become inflamed over time and even develop bumps, wreaking havoc with the normal functioning of the fingers.

Some people become unable to move their fingers or the digits get stuck in a downward position making it uncomfortable to straighten back up. Trigger finger can be worse in the morning if an individual has slept the whole night with their finger down.

The exact causes of trigger finger are hard to pin down, but certain factors can increase one’s chances of developing it. Trigger finger is seen more frequently in women than in men and occurs most often in individuals between 40 to 60 years old. Certain conditions (rheumatoid arthritis, gout, and diabetes) have been linked to increased incidences of trigger finger.

The symptoms associated with trigger finger can range from infrequent, innocuous snapping of the finger, to serious debilitation and pain as a result of the finger locking in a downward position in the palm of the hand.

The thumb, middle or ring fingers are the most commonly affected, but numerous fingers can be afflicted at the same time. Common symptoms of trigger finger include: 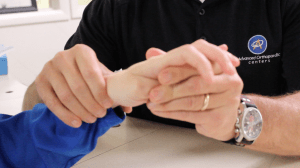 If symptoms are mild, rest, splinting and avoiding repetitive gripping motions can be used to allow the tendons to relax until the problem resolves. Anti-inflammatory medicine may be recommended by one’s doctor to relieve pain and discomfort. Stretching exercises can also help improve the finger’s mobility and function. However, steroid or cortisone injection into the tendon sheath is considered to be the most effective remedy for trigger finger.

When conservative methods fail to alleviate the symptoms of trigger finger, outpatient surgery may be recommended as a last resort to resolve the problem.

An orthopaedic surgeon’s objective during surgery will be to release the tunnel and free the pulley at the base of the finger allowing the tendons to move more smoothly through the tendon sheath. During the interactive outpatient procedure, the surgeon will carve a tiny incision at the base of the finger and cut out the affected portion of the sheath tunnel. Then the tunnel area is closed up with about two tiny stitches which are covered with a large band-aid for around ten days.

The vast majority of patients experience a complete resolution of their symptoms following surgery, with many people able to move their fingers right after the procedure. After the incision heals, the tendon will be able to slide more freely through the sheath tunnel thereby restoring normal functioning of the finger. Hand therapy or physical therapy may be recommended in some cases to restore optimal use of the fingers.

ARE YOU A NEW PATIENT?