There are more than 200,000 cases of iliotibial band syndrome (ITBS) in the United States each year. The condition occurs when connective tissues in the thighbone rub against each other, causing painful friction.

What is Iliotibial Band Syndrome? 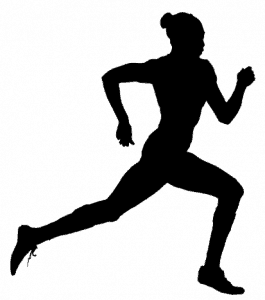 The iliotibial band is a ligament that stretches from the pelvic bone to the shin bone. It runs along the lateral or outside of the thigh – specifically from the pelvis to the tibia. The band provides stability to the structure of the lateral part of the knee facilitating both joint flexibility and extension.

Iliotibial band syndrome occurs due to an overuse injury of the connective tissues located on the outer thigh and knee. Also known as ITBS or IT band syndrome, it can cause pain and tenderness in the surrounding area, especially above the knee joint. The syndrome is very common in runners and cyclists.

This connective tissue can cause problems for several reasons including:

These issues can cause the ligament to become so tight that it begins to rub against the thigh bone. This is extremely common for long-distance runners.

The most prominent symptom of IT band syndrome is swelling and pain outside the knee area. Often runners think they have a knee injury, but this is not always the case. To determine if you have the IT band syndrome, try bending your knee at a 45-degree angle. If you feel pain on the outside of the knee, there is a very high probability that you have an IT band problem. An MRI can also confirm the diagnosis and is more effective than an x-ray as it shows the thickening of the band which is primarily due to inflammation.

The most effective treatment of IT Band Syndrome is rest. For runners, that translates into fewer miles or no running at all. If they do run, resting right after doing so can also help relieve the pain. But in most cases, it is advisable to take a break from running otherwise there is a risk that ITBS could become chronic. There are alternate activities that can be taken up during the break including swimming, rowing, pool running, etc.

Other ways to relieve the pain is through side stretches, ice packs or head pads. Some may also opt for electrical stimulation with topical cortisone.

If nothing works, then it is best to consult a sports-medicine professional. In some cases, the doctor may prescribe a cortisone injection to help the injury heal. But this is considered to be the last option.

Some at home treatments for iliotibial band syndrome include:

With these treatments and rest, most cases of iliotibial band syndrome will heal on their own. In some cases, surgery may be needed. When conservative therapy such as rest stretching and strengthening exercises, anti-inflammatory medication and other treatment modalities fail for IT band syndrome fails, it indicates a need for surgery. At least three months are usually given before surgery is considered and even then, surgery is generally limited to people who are highly motivated and keen to return to their sport.

If necessary, surgery involves a procedure that resects a small triangular portion of the posterior ITB over the lateral femoral condyle. In most cases, positive results are seen when the patient’s knee is flexed at 30° during the procedure. In some cases, a resection of the underlying synovial tissue is also performed, but there is a risk of chronic synovial fluid effusion in the recess and hematoma formation.

Arthroscopic procedures are becoming more common for the treatment of ITBFS as it limits the amount of bleed and the risk of hematoma formation. There is no special equipment required for knee arthroscopy.

REQUEST APPOINTMENT
MEET YOUR DOCTORS
MORE ABOUT YOUR KNEE

ARE YOU A NEW PATIENT?